Through the years, the Resident Evil franchise has offered its fair share of epic, zombie-fueled adventures. From the exceptional first entries that focused on survival horror to the more action-oriented modern releases like Resident Evil 4 and Resident Evil 5 - the franchise stands as a shining example of how to do zombie-gore right.
The funny thing is, the more memorable Resident Evil enemies usually aren't traditional zombies. In fact, some of them are downright weird. Elephants, giant snakes, plants, dudes in armor - when you really think about it, some of the creatures we've taken down in the name of survival have been pretty damn freaky.
In honor of the forthcoming release of Resident Evil 6, we've compiled the absolute weirdest enemies the RE franchise has to offer. These are in no particular order - although I think we can all agree the zombie elephant would have been number one. Take a look, then let us know your own favorites in the comments afterward.
On to the weirdness!
Neptune 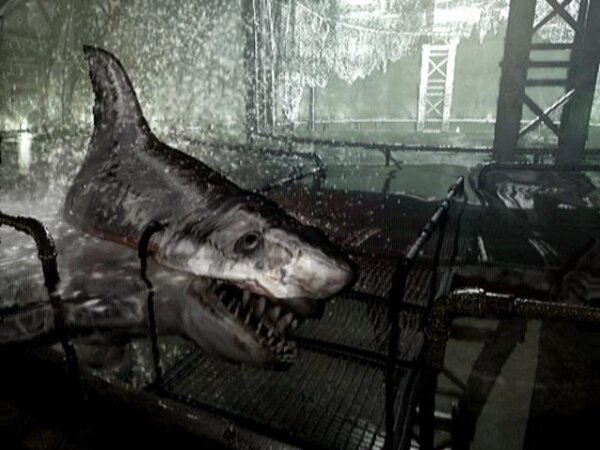 As if Great White sharks weren't frightening enough, the bastards at Umbrella had to go and make B.O.W.s out of them. Bop it on the nose! I hear they hate that...
Hunter Good ole hunters - giant, reptilian B.O.W.s with giant claws and mean tempers. He looks like he's yelling, "WHY ARE MY HANDS SO BIG!?"
Eliminator ZOMBIE MONKEY! How can you not like that? Still - it's freaking weird.
Plague Crawler 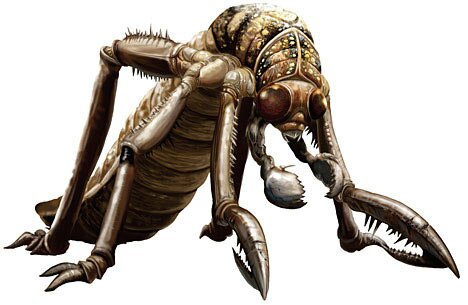 Ew. Freaking... EW! Giant bugs are not only nasty, and unsanitary, they're also just not normal. Bugs should stay bug-sized.
Stalker 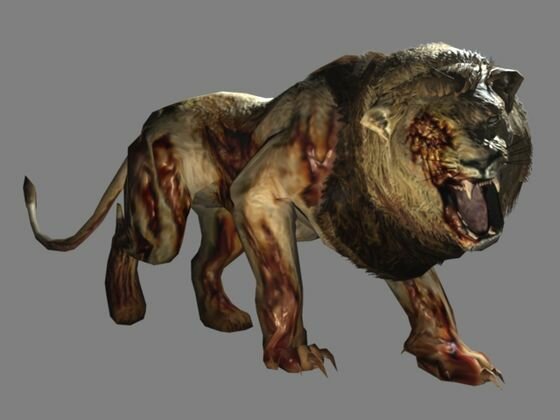 You only thought Aslan was on your side.
Web Spinner 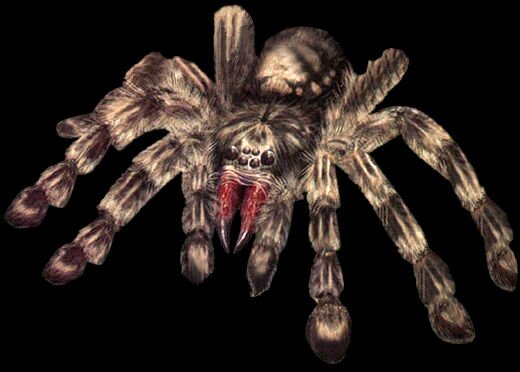 This one's kind of just a spider. But it's HUGE! That's weird.
G 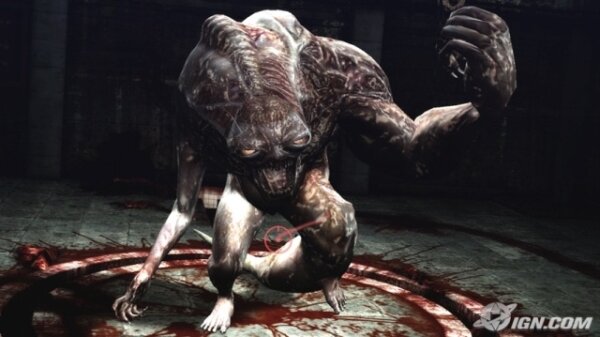 Not surprisingly, G is a product of the G-Virus. It's born from a human host - which is not only strange, but also endlessly unsettling. Also, if you looked at that and didn't think "zombie E.T." - shame on you.
Duvalia This dude makes those Plagas that burst from your neck seem downright friendly. Disgusting
Titan 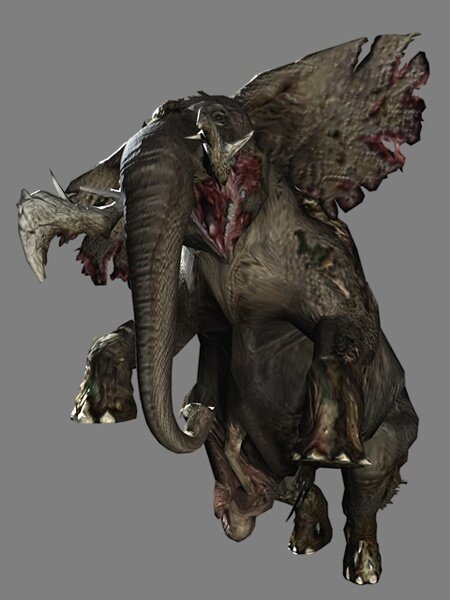 It's a zombie elephant. What more do you need to know?.
Alligator 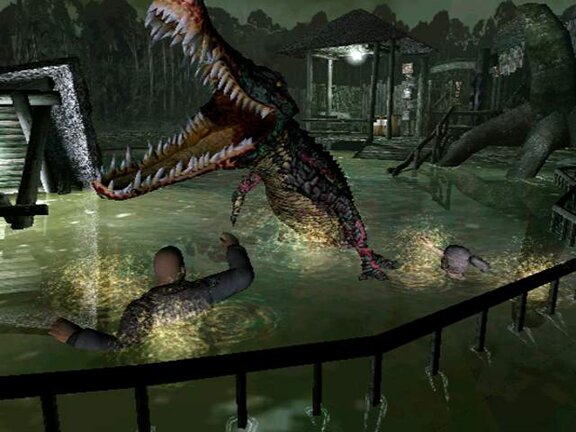 A zombie alligator is different from a regular alligator because... it... well... it's bigger. That's about it
Queen Leech A former pet of Dr. Marcus, the Queen Leech is a product of Progenitor virus experimentation. That's what you get for keeping a leech as a pet. Freak. It also looks strangely like Bongo Bongo from The Legends of Zelda: Ocarina of Time. Except without the bongo....
Ivy A lot of the other enemies on this list are funny, but still frightening. This one is a plant with legs - which is just dumb.
Cephalo It's like some sick game of jack-in-the-box, but where Jack is a disgusting Plaga that pops out of a zombie's severed neck rather than a box. Thanks for stomping all over our innocence, RE. At least he's wearing sandals, though. You can't be afraid of a man in sandals.
William Birkin 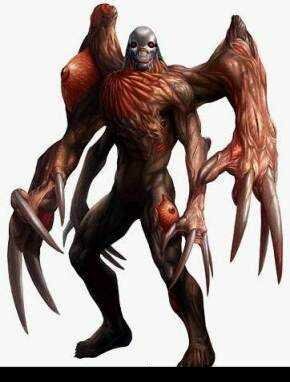 Man, and you thought your family was messed up. Worst. Father. EVER.
Armadura

A suit of armor infected by a Plaga. WTF?! So many questions... so few answers.
Big Man Majini This one is basically just a big dude. The fact that he doesn't look at all like a zombie is the weird part. Um, ya. Moving on.
Licker 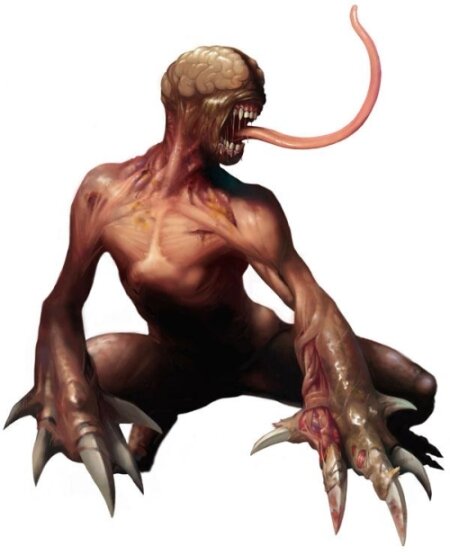 Its body is rotting, but its brain is perfectly intact? Its tongue is longer than its neck? This classic villain makes no sense. Watch out though! It'll lick you to death! Nooooo!
Giant Moth 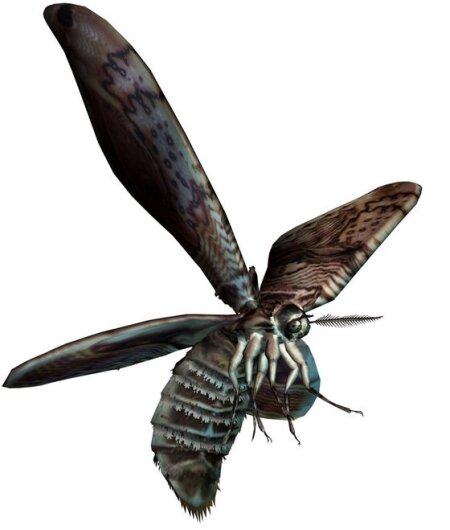 Look at his mouth - this guy was clearly infected by the Zoidberg virus. Seriously though, what were they hoping to accomplish with this one? When is Umbrella going to learn that no one benefits from giant, infected bugs?
Bitores Mendez 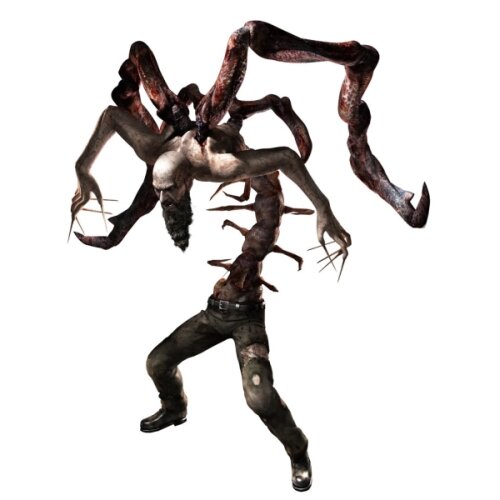 That... has got to hurt.
Ghiozzo That ginormous fish-monster could never fit in that tiny pool. Weird!
Lurker 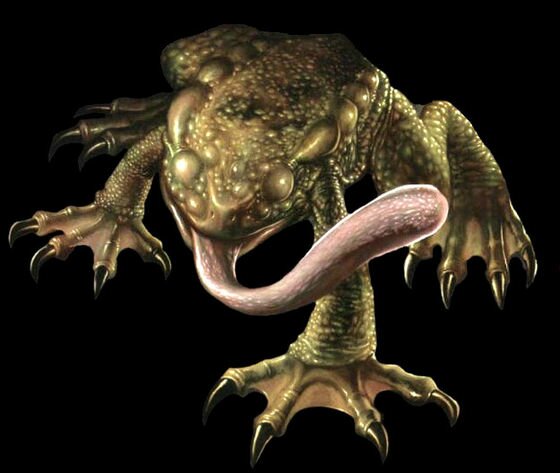 Okay, this guy is just awesome. Expect to trip the **** out if you lick this frog's back. And maybe die. And maybe turn into a zombie. Proceed with caution.
Ndesu 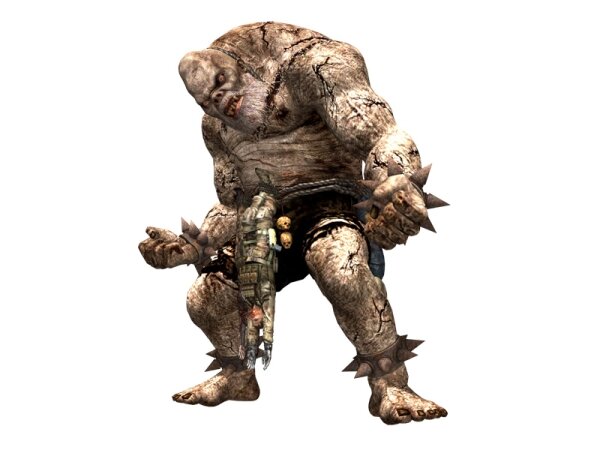 He was actually only unshaven before the mutation happened and now look - a full beard! Also, he wears a dead dude for a belt buckle.
Executioner At what point did he decide it was a good idea to stick nails in his head and torso? Dumbass.
Cerberus 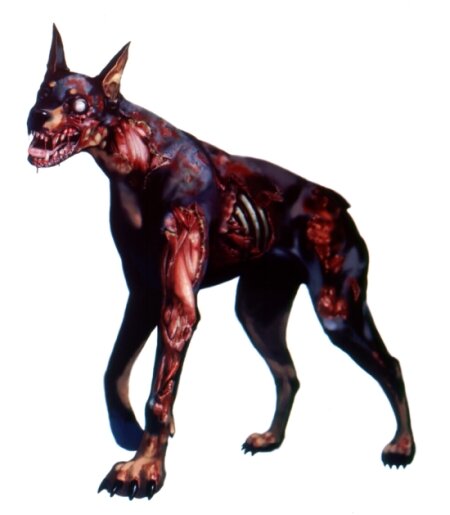 The RE developers sure do love their zombie dogs. He looks more like a "Spot" to me though. I mean, come on. Silly RE developers. Cerberous has three heads.
Yawn 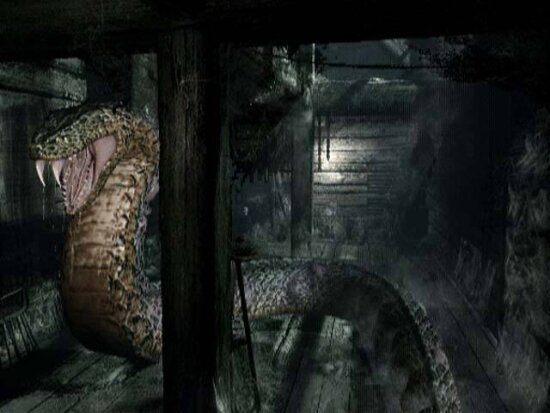 The most badass of badass snakes, Yawn is an awesome - though admittedly weird - B.O.W. that likes to hang around creepy mansions. That expression though - not frightening. He's either yawning, as his name implies, or the happiest puppy ever. I wish I felt half that good right now.
Were those weird enough for you? Did we miss any? Sound off in the comments below, and be sure to let us know your picks for the weirdest Resident Evil enemies. And if you love RE, don't forget to take a gander at our Resident Evil themed episode of Cheap, Cool, Crazy. It's so awesome, it's evil.
Поделиться ссылкой с друзьями